Payments resulting from Internet acquiring is essentially a regular bank wire. But only occurring with the participation of several third-party companies, and based on information on the payment card. In the case of an online business it is properly to consider what is happening in the context of IT. Thus, clearing procedure involves the following servers: 1. Merchant server (Internet company)
2. Payment processor servers (processing company)
3. Card regulator servers (VISA, MasterCard, etc.)
4. Issuing bank server (cardholders bank)
5. Bank of the acquirer (bank opened a merchant account)

The clearing technology was invented to coordinate the transaction between the servers. The fact is that in addition to difficulties due to the presence of several actors, online payment clearing is greatly extended in time (for a 3 days in VISA), and therefore, producing it in a single transaction is very dangerous. In the event of a hardware failure of any of the participants a large number of payments already made for huge amounts will be cancelled. In order to guarantee the completion of the entire chain of transactions a system of “transactions in transactions” was invented. This complex sequence that occurs within a few days, in fact, is a procedure of clearing. Functionally and the relationship between the parties is shown in the following scheme. 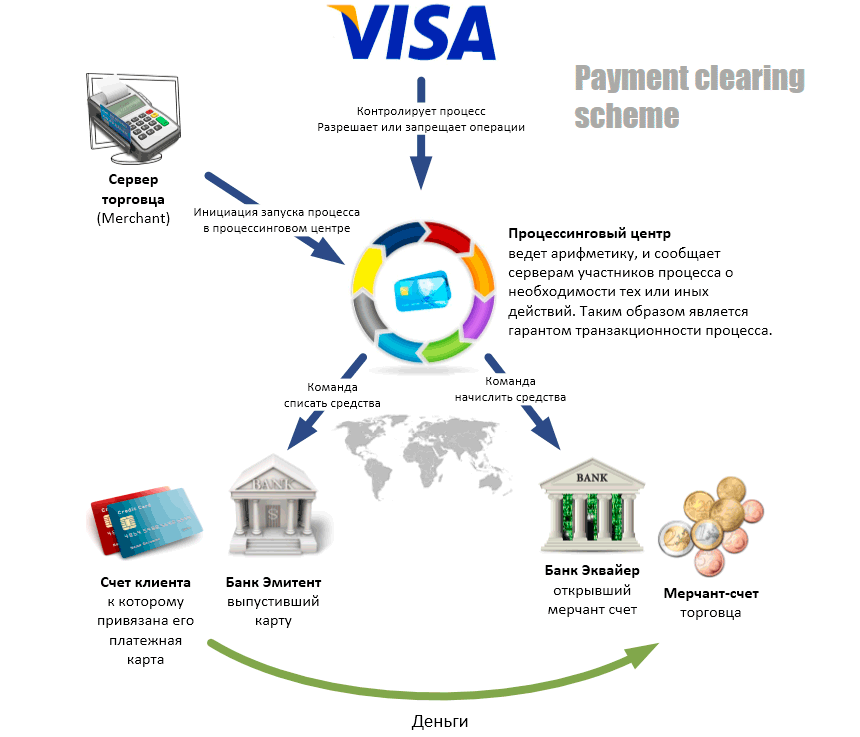 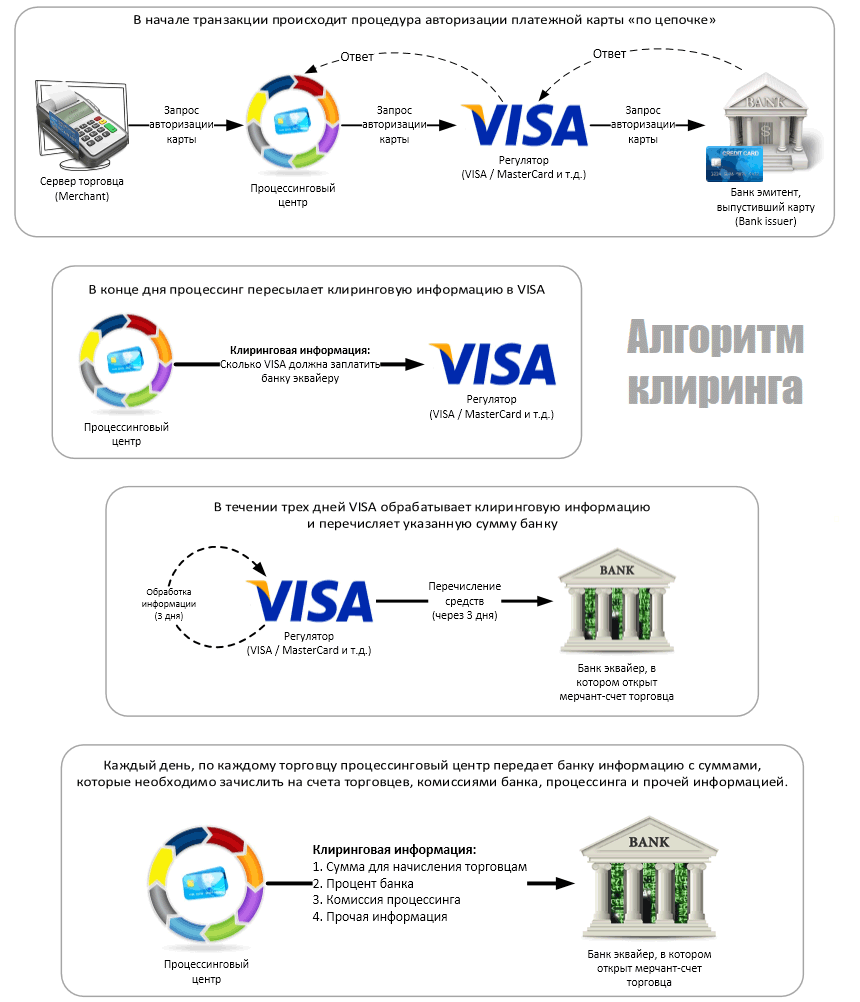 In order to carry out the procedure of clearing, the processing center must meet a number of requirements. The list of which is presented in the article “Creation of payment processor”. As seen from the schemes, payment processing is a key element in the chain of payment. The commission paid by the “merchant” largely depends on the value of their services. And as a consequence of the fact that one processor can work with several banks, as a rule, it is more profitable to cooperate with Processing Companies, and not with the bank that only work with single processor or “with themselves”.

If you are interested in the peculiarities of the payment systems in the Internet and want to increase your knowledge in this area, we invite you for consultation. We are happy to share with you all the necessary information. Please, contact us.
All text and graphics presented on this web-page are the property of LLC “AMSV GROUP” – the company registered in the Russian Federation.
The use of these materials without the written consent of the owner is prohibited and will be prosecuted in accordance with the legislation
by contacting the hosting centers serving websites of violators, as well as referring to the courts at the place of registration
of the violator or the residence of individual violator.